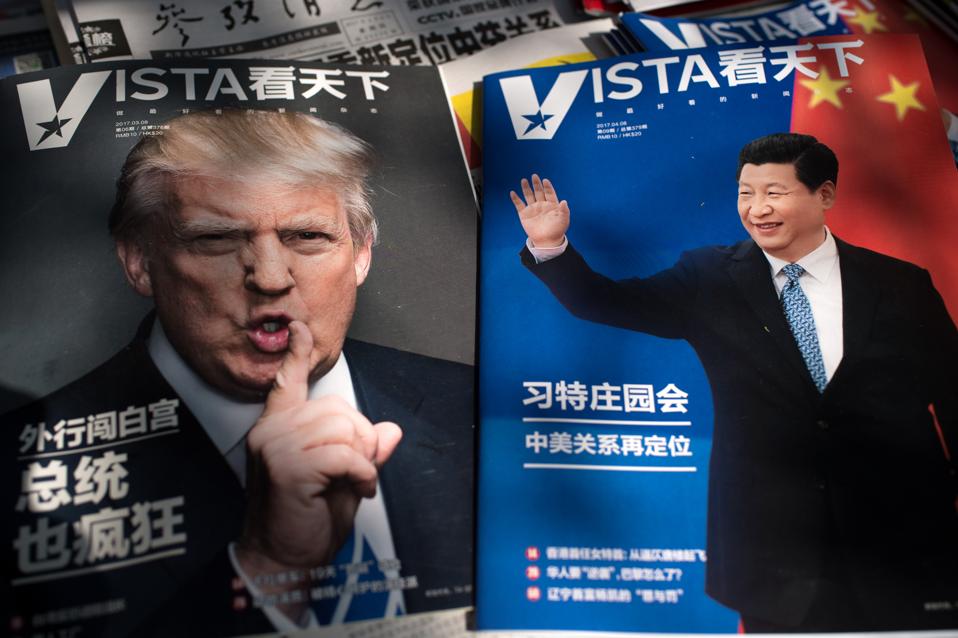 President Trump may not like it, but Xi’s success story will not be about protectionism and isolationism that seem to have characterized his administration. It will be about opening to the world.

The Chinese have learned it the hard way too.

Until the seventeenth century, China was probably the most advanced country in the world. It had established a sophisticated bureaucratic system with a prosperous urban and commercial life. Its printing and paper making technologies were state of the art. Its skills in manufacturing porcelain and silk exceeded anything that could be found in Europe.

Even China’s maritime prowess was unmatched. Admiral Zheng He (1371–1433) led seven expeditions through the Indian Ocean all the way to the east coast of Africa, long before Italian explorer Columbus sailed the Atlantic and discovered America. Zheng He’s treasure ships were five times larger than Columbus’s Santa Maria.

At the time, the Chinese regarded other nations as barbarians, too remote from the center of the civilized world to be worthy of attention. As self-complacency set in, xenophobia spread. China turned inwards, pulled back Zheng He’s magnificent explorations, and built walls. It isolated itself from the rest of the world.

It took British cannons to awaken China a few hundred years later. For much of the nineteenth century, China suffered catastrophic wars with the British, French, Portuguese, and Japanese — all ending with humiliating defeats for China.

These events brought China to its knees. However, they also inspired the Chinese to find ways to make their country strong. Since then, generation after generation of Chinese thinkers, reformers, and revolutionaries searched wide and far for the remedies to restore China’s greatness. They have experimented with different modes of reform – be it social Darwinism, republicanism, Leninism, communism, or capitalism.

Today’s China, with President Xi Jinping at its helm, is continuing that quest — to make China great again. Xi’s “China Dream,” as he put it, is the “rejuvenation of the Chinese nation.” But the Chinese are pursuing it by embracing globalization and championing free trade and the interdependence of nations.

It was a shocking reality check that at the World Economic Forum in Davos early this year, President Xi Jinping delivered a staunch defense of globalization, and called for international cooperation on issues that threaten global prosperity and growth. That was in sharp contrast with the rhetoric of then President-elect Trump, who vowed to withdraw America from international engagement.

One thing the Chinese have learned from their painful past is that self-imposed isolation was the cause of China’s weakening and decline. America had better not repeat that mistake.

Today, the Chinese are no longer inward looking. They have been relentlessly learning from other countries. Turning on Chinese TV (supposedly censored TV stations such as Phoenix News), you will be surprised how much you can learn about what’s happening in other countries, such as France’s independent frontrunner Emmanuel Macron and South Korea’s impeachment of Park Guen-hye (on the other hand, American TV stations are obsessed with stories about Americans, which is a sign of being inward looking).

Trump blames globalization as the reason for American job losses, and laments that America is being “raped by China.” However, for anyone who travels the world, it’s clear that globalization is really westernization. Western ideas, products, lifestyles, and technologies have been spreading to all parts of the world. Anyone who has visited China recently would notice that cities such as Beijing and Shanghai look more westernized than any western country.

That means the Chinese are not afraid of westernization. Moving forward, globalization may have elements of easternization as well because the center of global economic activities is moving east. Americans should not be afraid of this either.

It’s unlikely President Trump will heed any of President Xi’s advice. But the only way to make America great again is NOT to go down the path of protectionism and isolationism. America will be great if it embraces the changes and competes internationally. Isn’t that what America is good at?